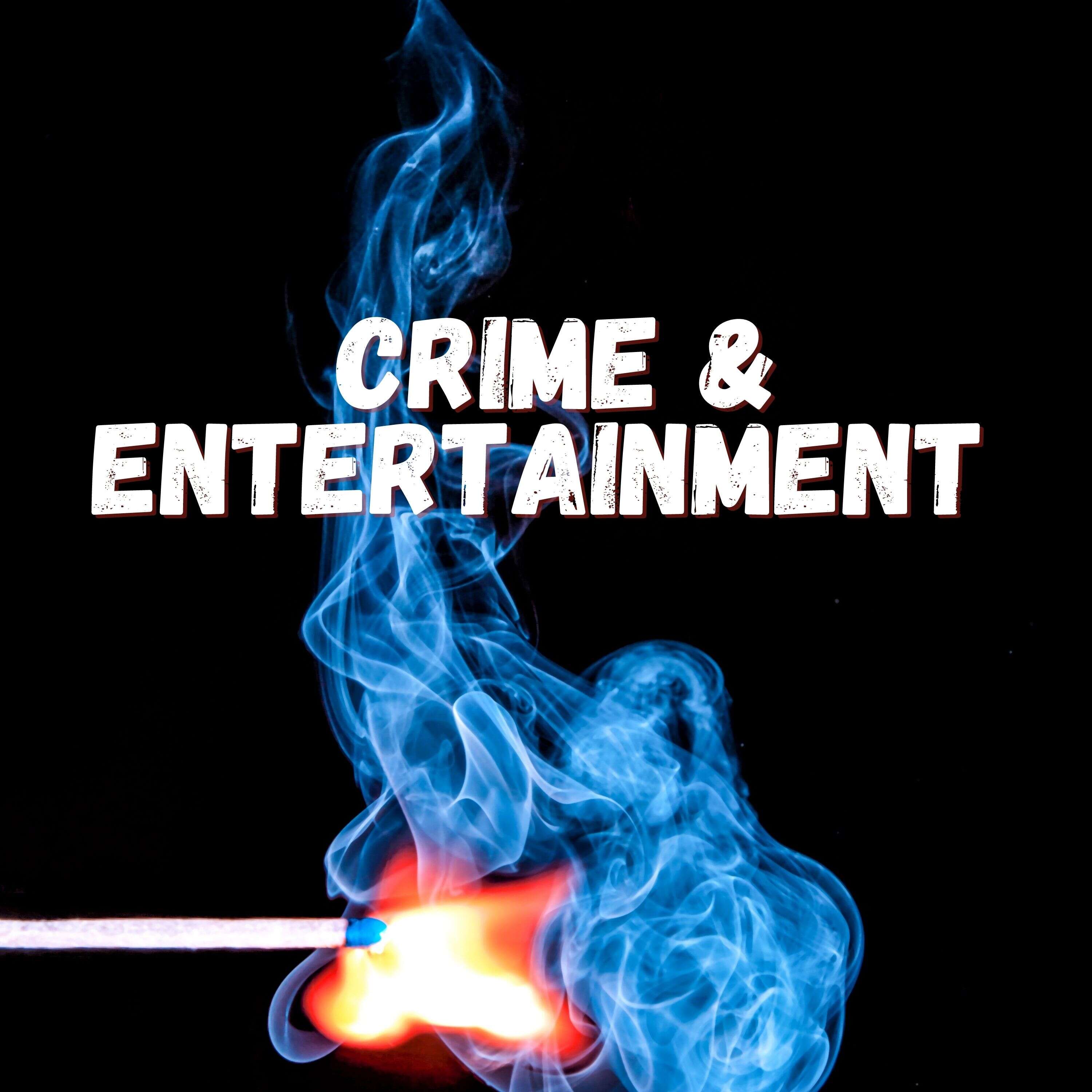 Crime & Entertainment will dive into the world of just that. True Crime, and many forms of Entertainment from movies, tv shows, wrestling and pretty much anything most normal people find amusing. We hope you enjoy and please Like & Subscribe.

The Action is the Juice: The Tom Sizemore Story

Folks in today's episode we sit down with actor Tom Sizemore. This will be the first episode of a two-part series because we couldn't fit all of Tom's accolades into one show quite frankly. Tom has appeared in over 240 films and counting and has brought in over Two & half BILLION DOLLARS at the box office. With roles in Point Break, Devil in a Blue Dress, Natural Born Killers, Heat, Saving Private Ryan, Pearl Harbor, Witness to the Mob, and Black Hawk down we have lot to unpack here so strap in and...

Folks, today on Crime & Entertainment we sit down with a front-line health care worker to gain a inside look on what exactly is going on inside of current hospital systems. This pandemic has led to many different view points and opinions from individuals over the last few years. Whether or not you believe this pandemic is a death sentence or if its being blown out of proportion, the world has certainly been impacted on a long-term basis. So, we decided to go straight to a reliable source and sit down with a Registered Nurse who has been on...

Folks, every year around the month of October, millions of people flock to haunted houses to get their pants scared off! One such house is McKamey Manor where you may lose more than your pants if you are not careful. Russ breaks down how this Manor came to be and how its became more & more extreme throughout the years. To this day, no one has been able to complete the Manor's 10-hour run time even with the allure of a $20,000 dollar grand prize. Do you think you have what it takes to make it through McKamey...

Michael Meyers Killed me & Everyone else: The Michael Smallwood Story

Folks today on Crime & Entertainment we sit down with one of the stars of what is right now the #1 movie in the world, Halloween Kills. Up & coming actor, Michael Smallwood, reprises his role as Marcus in the sequel Halloween Kills. We spoke with Michael on how he landed this role, and what it was like working on such an iconic horror film franchise. He tells us how he began his acting career as well as gives some pointers for aspiring actors. This is a guy, I'm sure, you will be seeing a whole lot more...

Folks today we take a look at famous action movie producer Don Simpson. We look into how Simpson rose into his position with big studios like Paramount & Disney. We dive into some his his more famous films he helped make such as Days of Thunder & Top Gun.  We also cover  the huge amount of drugs he consumed and the countless hookers he pissed on along the way.  So ladies & Gentlemen light one up,  or pour your favorite Cocktail as we look at that absolute bat shit crazy life of Don Simpson.

Folks we have our first ever singer here on the podcast, and he did not disappoint one bit.  We had the pleasure of sitting down with Marty Ray. Marty has had several viral videos and has gained an enormous amount  popularity & notoriety with his original songs as well as covers of Ice Ice Baby, Nothing but a G Thing, and many many more. After this show be sure to look him up on IG, and follow his music on spotify @ Marty Ray Project . We hope you enjoy the show as Marty takes us through his start in the mu...

Folks today on Crime & Entertainment we sat down with Andre Gower who played Sean in the cult classic movie Monster Squad. We cover a variety of topics  as well as discuss some facts you may not know about this 1987 gem that should be in everyone's DVD collection.  We also cover the long awaited documentary to the film called......what else but, Wolfman's got nards. Go check it out as soon as you get done with this episode of coarse.

Ladies and Gentleman, today on Crime & Entertainment we sit down with extremely accomplished actor,  Mr. Robert Funaro. Robert has starred in the HBO hit series The Sopranos for four seasons, American Gangster, The Irishman, Ray Donovan, and The Sinner.  Robert is a New Yorker to the core and we were delighted to have him on the show to share some of his experiences with us on the podcast.

Folks our first bonus episode is here. Join Yeager& Myself as we talk about some of our favorite horror movies from the past, present, and the future. Also  alot of back and fourth banter while having this discussion.

Today on Crime & Entertainment we dive into the crazy world  of George Jung. This story, which is only part one here, involves pot smuggling, bad acid trips, jail time, and a whole lot more. George's story was made famous by the movie Blow starring Johnny Depp that was released in 2001. Join us as we dive into the life of one of the most prolific drug smugglers of all time Mr. George Jung AKA Boston George

Former Chicago Outfit associate Red Wemette sits down with Crime & Entertainment for a second time and we cover a variety of topics on this episode.  we talk about Frank Rosenthal & his wife Geri, The Kennedy's,  mob boss Sam Giancana,  Marilyn Monroe, Jimmy Hoffa, Al Capone and much more on Crime & Entertainment

Gigi Cestone Woke up this Morning: "The John" Fiore Story

Today on Crime & Entertainment, we sit down with acclaimed actor, John Fiore. John is an accomplished actor who has starred in over 60 films & TV shows. This includes a 9- year run on Law & Order,  two Seasons on The Sopranos, as well as appearances in The Brotherhood, Guiding Light, & many more.  Today, we talk with John and find out just how he was able to  accomplish such a phenomenal career. In the conversation, we get in depth about his time on The Sopranos, his memorable death scene , and much more.... here on Crime & Entertainment.

One, Two Freddys coming for you: The Lisa Wilcox Story

Folks today on Crime & Entertainment we sit down with actress Lisa Wilcox. She went one on one with Freddy Kruger not once but twice & lived to tell the tale. She is the star of Nightmare on Elm St 4: The Dream Master & Nightmare on Elm St 5: The Dream Child.  We talk to Lisa about her early acting career, how she landed the role of Alice, and all her experiences shooting these two films. We also discuss what she's been up to lately as far as films  and where you may be able to catch her at...

You're a soldier Bodi: The JD Willams story

Today on Crime & Entertainment we sit down with actor JD Williams from HBO's OZ & The Wire. Both of which JD had pivotal roles throughout his tenure with the show. We talk to him about how those roles came about, his experiences while filming, and what he's been up to lately.  Tune in for an all new Crime & Entertainment

Nobody Cared and What I did about it: The Red Wemette Story

Former Chicago Outfit associate Red Wemette sits down with Crime & Entertainment and discusses his life as a FBI mole, his relationships with many high profile Mafia members and also the real individuals that  the movie Casino was based on.

In October of 1997, Mr. David Ghnatt robbed  Loomis Fargo taking over 17 Million Dollars. This story gives us a detailed look at his planning and execution of the robbery, as well as the crazy conclusion. It is so crazy, in fact, that a Hollywood movie was done about this crazy tale . Please join us as we sit down with the man himself Mr. David Ghnatt and get the exclusive story here on Crime & Entertainment .

Mr. Brian O'Dea gives us the inside look at his life in the drug Smuggling business. If your grandparents liked to maybe roll one back in the day, then there is a good chance it was due to Brian .  Brian in the span of only two trips smuggled over 75 tons of marijuana into the United States. He discusses his incarceration, his release and also his thoughts on marijuana legalization.

Join us as we travel to Vernon, NJ home of what may be the deadliest water park you have ever heard of. Action park gave it's patrons a thrill like never before. Also some missing teeth, broken bones, a few concussions and a few 100 dollar bills for their troubles. Folks strap in and listen to this wild tale of a place that got sued so many times it's nick name became Class Action Park.

On this episode of Crime & Entertainment we take a look at the critically acclaimed film A Bronx Tale.  Also we have a one on one interview with the star of the film Lilo Brancato Jr as we discuss his own personal Bronx Tale from getting to work with with Hollywood Elite like Robert De Niro, Denzel Washington, and even the late great James Gandolfini in the Sopranos.  He definitely has a testimony you do not want to miss.

In June of 1982 the movie Poltergeist was released and as it terrified audiences across the world something seemed to be going after the cast as well. a series of untimely deaths tore through the movies cast across 3 films. is it a coincidence or is a curse. You decide on todays episode on Crime & Entertainment.

The Boys on the Tracks

The cover up of two young boys that go from local police, lawyers, Ex Wrestles, and soon the be President Bill Clinton